A view shows boxes on shelves in a stockroom in a training area at ”AFTRAL”, a transport and logistics training centre, in Savigny-le-Temple, southeast of Paris, France, October 26, 2017. Picture taken October 26, 2017. REUTERS/Gonzalo Fuentes

Bottled mineral water from Borjomi are seen at the production line of the IDS Borjomi Georgia’s factory in the town of Borjomi, some 150 km (93 miles) southwest of Tbilisi, January 30, 2013. If there’s a secret to taking the bitter taste out of ties between Russia and Georgia after a 2008 war, it may lie in this lush valley south of the Caucasus Mountain border between the feuding former Soviet republics. The valley is the source of Borjomi, a salty, sulphurous mineral water that was popular in Russia since Soviet times but was swept off shelves when Moscow banned imports of Georgian beverages in 2006, with tensions already building toward war. Picture taken January 30. To match story GEORGIA-RUSSIA/TALKS REUTERS/David Mdzinarishvili (GEORGIA – Tags: BUSINESS POLITICS) 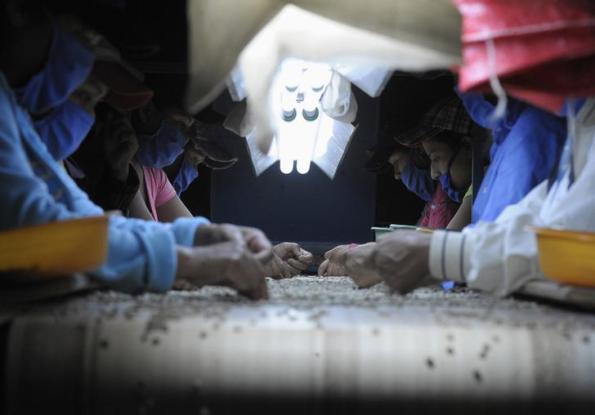 Workers dry organic coffee at a small processing plant in Marcala, 100 km (62 miles) west Tegucigalpa, April 17, 2012. In the small town of Marcala in the western mountains of Honduras, farmers are harvesting more coffee than ever before, part of a nationwide push to capitalize on higher prices that has doubled production in less than 10 years. The coffee is coming in faster than growers can handle it and they are running out of space to dry all the beans, which need time in the sun or in drying machines to stop fermenting. Improper drying can ruin coffee for export. A drastic reduction in quality will slash the price the coffee can fetch. Picture taken April 17, 2012. To match Analysis HONDURAS-COFFEE/ REUTERS/Jorge Cabrera (HONDURAS – Tags: FOOD BUSINESS)

An employee works at a logistics base of Suning ahead of the Singles Day online shopping festival in Nanjing, Jiangsu province, China November 7, 2017. Picture taken November 7, 2017. REUTERS/Stringer ATTENTION EDITORS – THIS IMAGE WAS PROVIDED BY A THIRD PARTY. CHINA OUT. 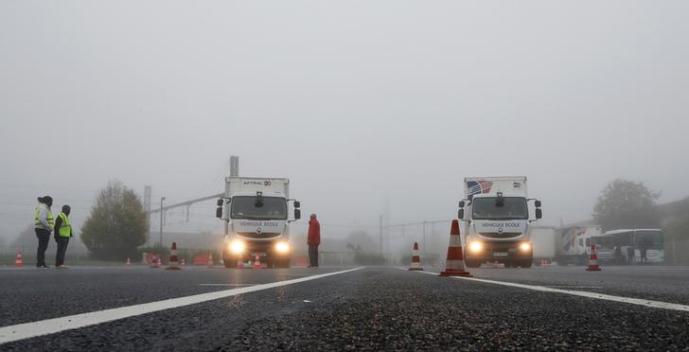 Packages travel along a conveyor belt to be shipped inside of an Amazon fulfillment centre in Robbinsville, New Jersey, U.S., November 27, 2017. REUTERS/Lucas Jackson

New container trucks are parked in front of a container storage depot in north-west Hong Kong February 18, 2009. The 17 major storage depots in the territory were filled to their 160,000-containers capacity as the government looks for more places to store hundreds of thousands of unused shipping containers expected to flood Hong Kong in the coming months, due to China’s slowing exports, brought forth by the global financial crisis, South China Morning Post reported. REUTERS/Bobby Yip (CHINA)

A forklift operator stacks containers at the godown of Agarwal Packers and Movers Ltd. on the outskirts of Mumbai, India June 29, 2017. REUTERS/Shailesh Andrade 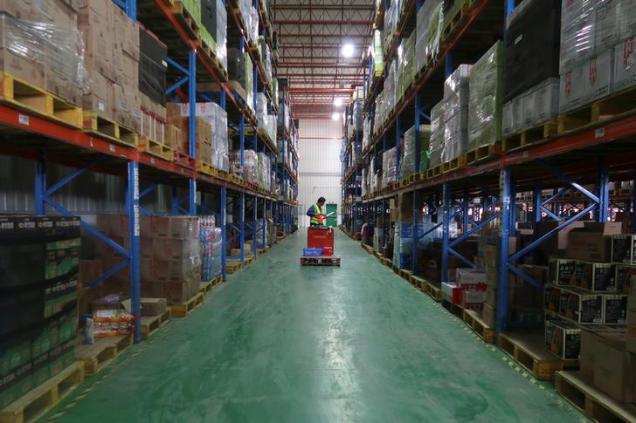 A container is prepared to be loaded on a cargo ship at the commercial terminal of the port of the northern city of Thessaloniki, Greece August 5, 2016. Picture taken August 5, 2016. REUTERS/Alexandros Avramidis

alt.TYPE is the local media partner for Reuters Pictures Archive. Please send your picture requests to info@alttype.com.sg or call +65 6478 2988 if you wish to license any Reuters images for publishing use such as magazines, newsletters, books, sustainability or if you simply wish to order a print. We also provide free image search service based on your requirements.