A general view shows solar panels to produce renewable energy at the photovoltaic park in Les Mees, in the department of Alpes-de-Haute-Provence, southern France March 31, 2015. The solar farm of the Colle des Mees, the biggest in France, consists of 112,780 solar modules covering an area of 200 hectares of land and representing 100 MW of power. REUTERS/Jean-Paul Pelissier 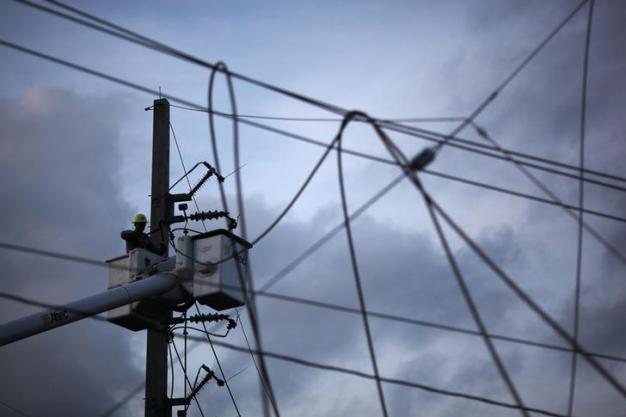 Solar panels are pictured at a solar plant near Santiago, Chile May 5, 2017. Picture taken May 5, 2017. REUTERS/Ivan Alvarado

A wind power system made from plastic buckets is seen on boats at a floating village in Hanoi, Vietnam June 29, 2016. Picture taken on June 29, 2016, REUTERS/Kham

Steam rises from the cooling towers of the Electricite de France (EDF) nuclear power station at Nogent-Sur-Seine, France, November 13, 2015. The nuclear industry argues world leaders at the COP21 conference in Paris next week should not have to choose between nuclear and renewables but between low-carbon energy, including nuclear, and fossil fuels. Paris will host the World Climate Change Conference 2015 (COP21) from November 30 to December 11. Picture taken November 13, 2015. REUTERS/Charles Platiau

Wind turbines are pictured at Swisswinds farm, Europe’s highest wind farm at 2500m, before the topping out ceremony near the Nufenen Path in Gries, Switzerland September 30, 2016. REUTERS/Denis Balibouse 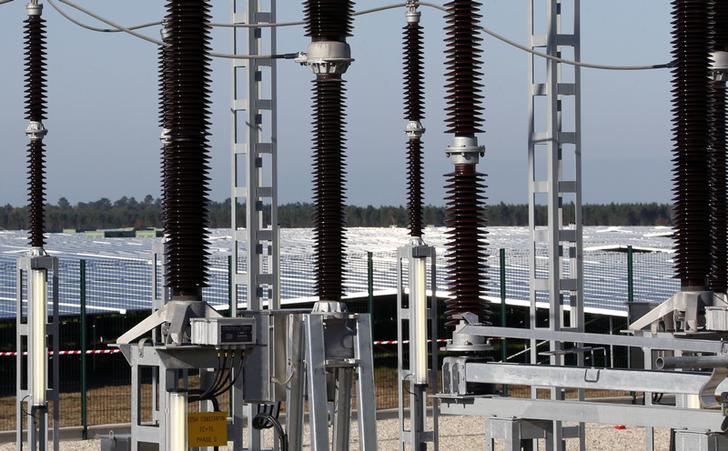 High tension transformers are seen next to solar panels used to produce renewable energy at the photovoltaic park during its official inauguration in Cestas, southwestern France, December 1, 2015. The solar farm of Cestas, the biggest in Europe, consists of 1 Million solar modules covering an area of 2,5 km2 of land and representing 300 MW of power. REUTERS/Regis Duvignau

Solar powered lights are pictured along the Hoernli ridge on the Matterhorn in Zermatt, Switzerland, July 13, 2015. Zermatt celebrates the first ascent of the Matterhorn on the Hoernli ridge made by Briton Edward Whymper on July 14, 1865, with 6 other roped team members. The red light (4th from top) marks where on their descent four men fell to their death on the North face. All mountaineering activities will be banned on July 14 on the Swiss and Italian side of the Alpine summit in remembrance of the more the 500 people who died trying its summit. REUTERS/Denis Balibouse TPX IMAGES OF THE DAY 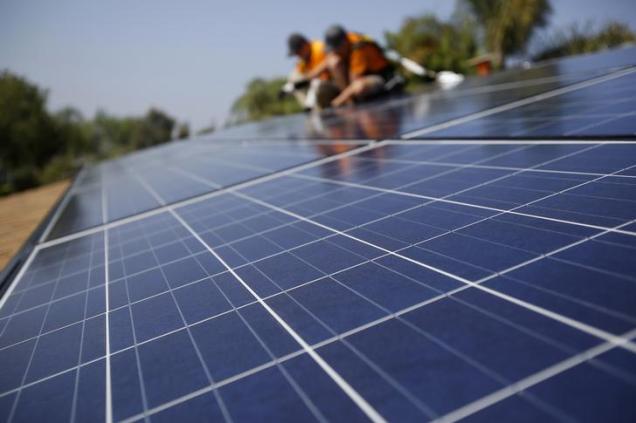 A woman boils water in a kettle using solar energy panels at a village of Pengyang county, Ningxia Hui Autonomous Region, December 4, 2007. China wants rich economies to back a fund to speed the spread of greenhouse gas-cutting technology in poor nations as it seeks to persuade delegates at global warming talks the focus of responsibility belongs on the West. Picture taken December 4, 2007. REUTERS/Stringer (CHINA) CHINA OUT

A wind turbine is seen over the panels of a solar power plant of Korea South East Power Co. (KOSEP) in Incheon, in this file photo taken September 30, 2010. REUTERS/Jo Yong-Hak/File Photo

A parking structure at the University of California San Diego uses innovative solar trees to collect renewable energy from the Sun February 8, 2011. Each “Solar Tree” will generate more than 17,000 hours of clean energy per year, enough to power more than four single family homes and avoids 13.2 metric tons of carbon emissions. California aims to slow climate change by putting a price on carbon — a low, low starting price. The program is the last, keystone step in a controversial half-decade push to green the state’s business for the good of the planet and the economy. Picture taken February 8, 2011. To match Special Report CARBON-CALIFORNIA/ REUTERS/Mike Blake (UNITED STATES – Tags: ENERGY ENVIRONMENT)

Heliostat mirrors reflect the sky in a field at the construction site of a 240 meter (787 feet) solar-power tower in Israel’s southern Negev Desert, February 8, 2016. The world’s tallest solar-power tower is being built off a highway in the Negev Desert in southern Israel, its backers hoping the technology will gain a foothold in the solar market even if it remains a small player for now. Picture taken February 8, 2016. REUTERS/Amir Cohen
alt.TYPE is the local media partner for Reuters Pictures Archive. Do send your picture requests to info@alttype.com.sg or call +65 6478 2988 if you wish to license any Reuters images for publishing use such as magazines, newsletters, books, company reports or if you simply wish to order a print. We also provide free image search service based on your requirements.