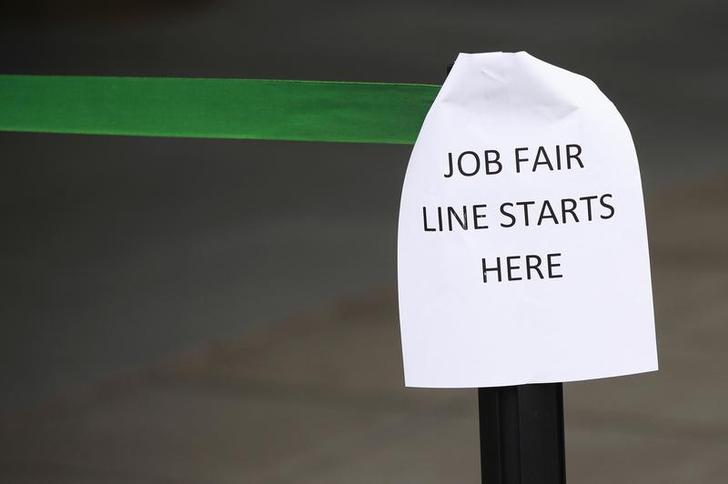 Olive Ridley turtle hatchlings (Lepidochelys olivacea) sit in baskets and trays at the turtle camp La Gloria, before their release into the ocean in Tomatlan November 15, 2013. Twenty years ago, Mexico’s government implemented ecological plans to protect the sea turtles from being hunted for their leather and meat and established conservation areas and a pay system for local residents to protect turtle nests. Millions of baby turtles hatch on the shores in November and December, according to an environmental group. It is estimated that in 2012, there were 20 million newborns. Hatching season is still underway, but officials say they expect there will be even more turtles born this year. Picture taken November 15, 2013. REUTERS/Alejandro Acosta 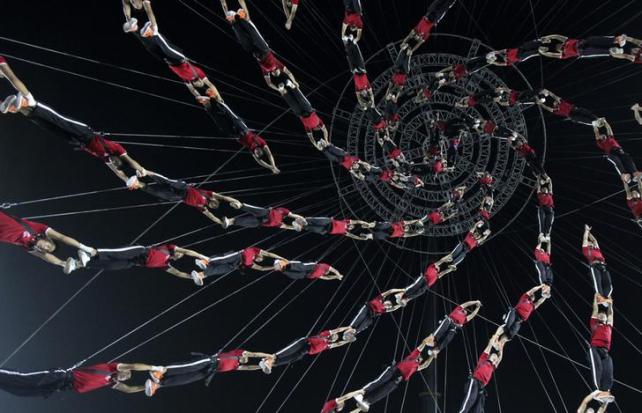 Students of Shaolin Tagou Martial Arts School are suspended in mid-air as they practise in a dress rehearsal for a stunt performance which is part of the opening ceremony of the 2014 Nanjing Youth Olympic Games, at a stadium in Nanjing, Jiangsu province August 14, 2014. A total of 520 students took part in the performance named “Building the dream”, which will be performed during the opening ceremony of the Youth Olympic Games on August 16, local media reported. Picture taken August 14, 2014. REUTERS/Stringer (CHINA – Tags: SPORT SOCIETY OLYMPICS TPX IMAGES OF THE DAY) CHINA OUT. NO COMMERCIAL OR EDITORIAL SALES IN CHINA 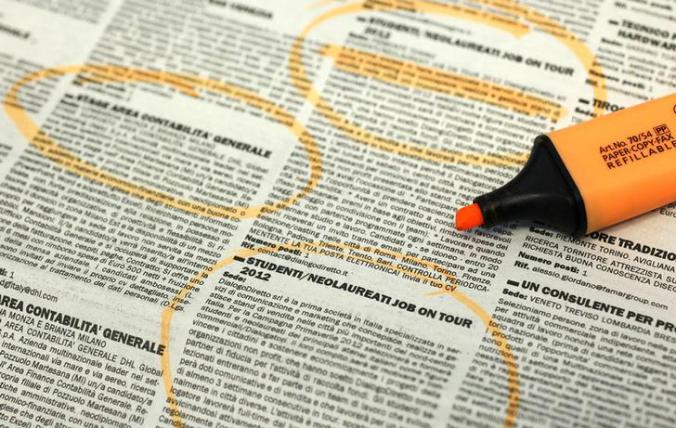 Job offers are seen in this illustration in Milan April 3, 2012. Italy’s headline jobless rate has been running below the euro zone average, but analysts say the real challenge for Italy is to increase its chronically low rates of employment and participation in the labour market, which are among the lowest in the industrialized world, especially among women, the young and the elderly. REUTERS/Alessandro Garofalo (ITALY – Tags: BUSINESS EMPLOYMENT POLITICS) 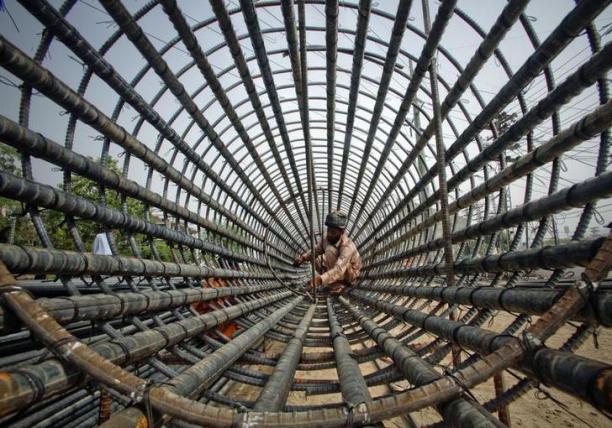 A labourer attaches iron rods to a column at the construction site of a flyover in Lahore May 26, 2011. REUTERS/Mohsin Raza (PAKISTAN – Tags: SOCIETY BUSINESS IMAGES OF THE DAY CONSTRUCTION) 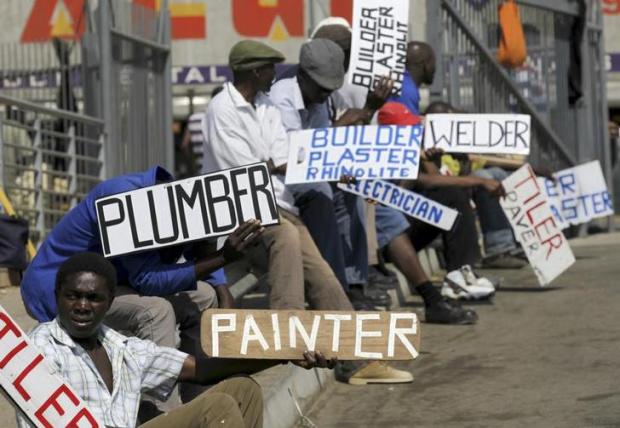 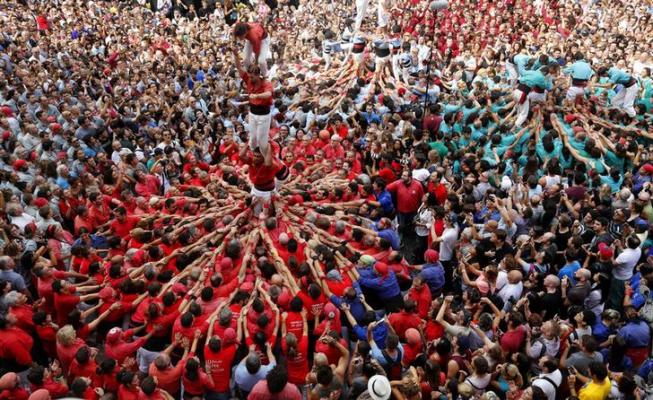 “Castellers de Barcelona” form a human tower during a demonstration at the festival of the patron saint of Barcelona “The Virgin of Mer?cy” at Sant Jaume square in Barcelona September 24, 2014 . REUTERS/Gustau Nacarino (SPAIN – Tags: SOCIETY TPX IMAGES OF THE DAY) 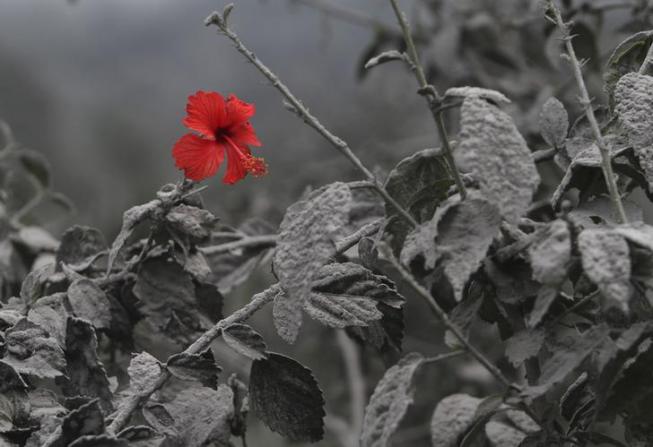 A hibiscus flower is seen on an ash-covered plant at Mardingding village in Karo district, Indonesia’s north Sumatra province November 19, 2013. The volcano continued to emit volcanic ash on Monday, throwing an 8,000m (26,247 ft)-high plume into the atmosphere, as thousands of residents fearful of more eruptions remained in temporary shelters, according to local media. REUTERS/Roni Bintang (INDONESIA – Tags: DISASTER ENVIRONMENT TPX IMAGES OF THE DAY) 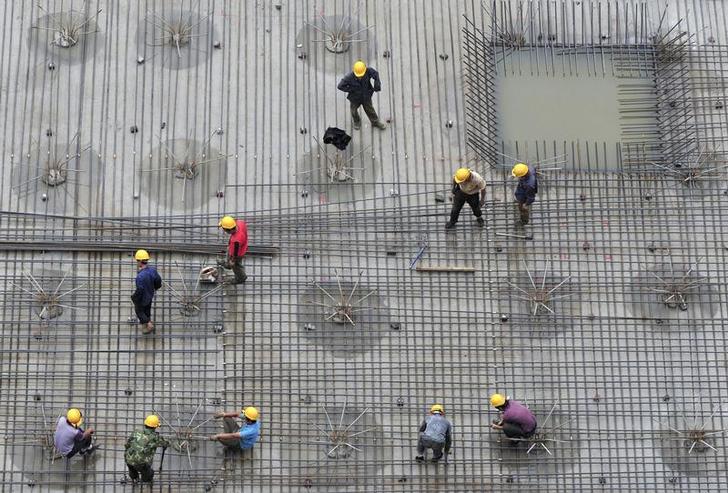 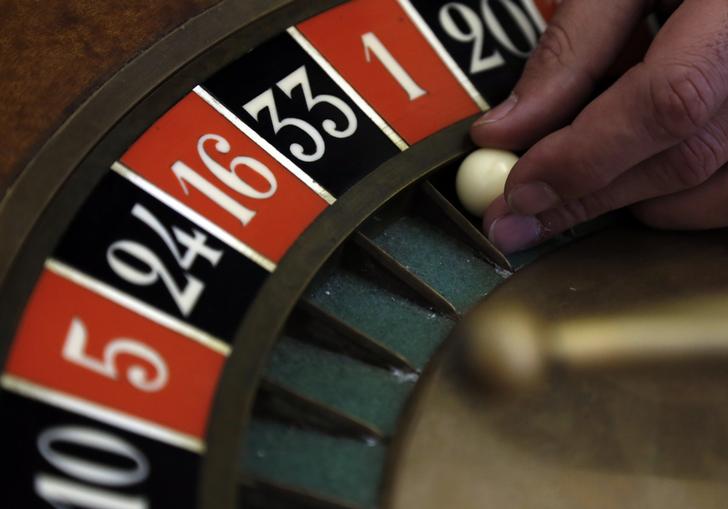 A young croupier trainee turns the roulette at a gaming table at the Cerus Casino Academy in Marseille November 6, 2013. Cerus Academy is the only school in France authorized to issue the official croupier certificate. REUTERS/Jean-Paul Pelissier (FRANCE – Tags: SOCIETY BUSINESS EMPLOYMENT) 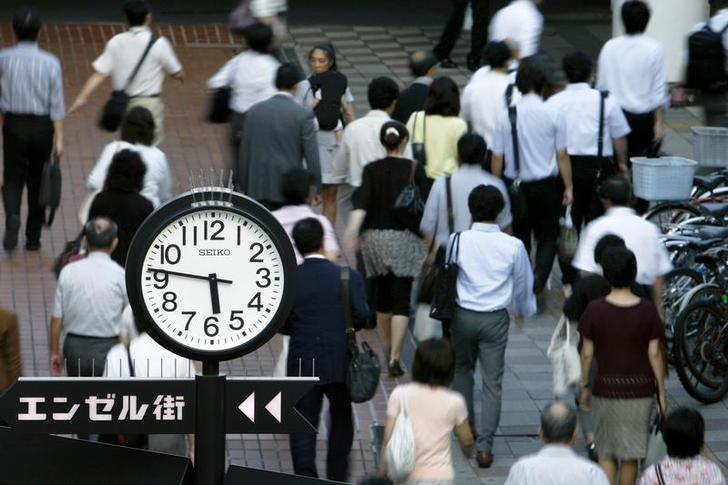 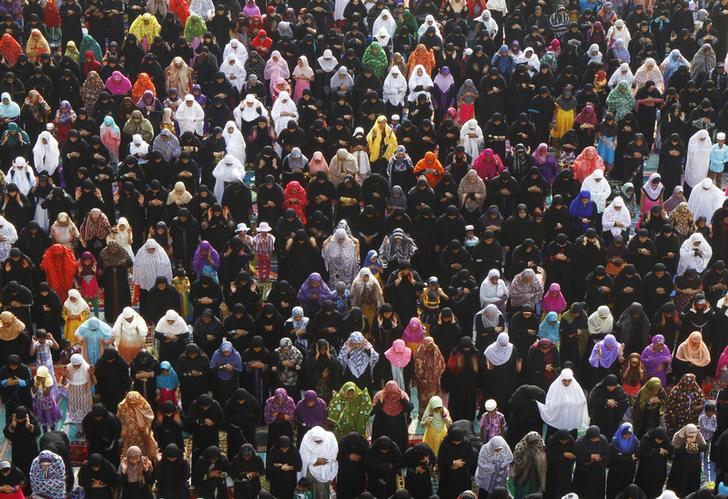 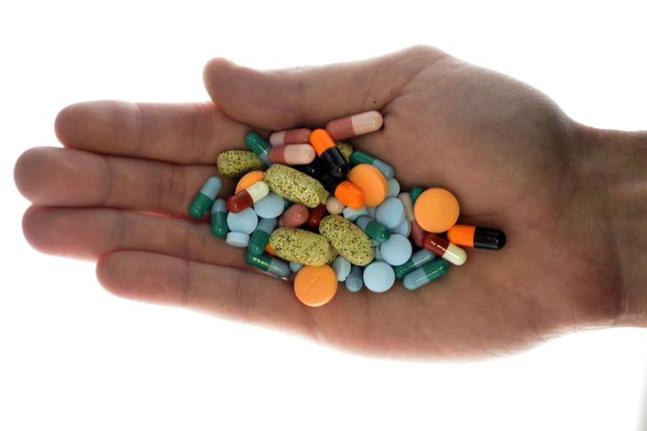 A woman releases a balloon into the air during the 20th anniversary of the closure of the Omarska detention camp in Omarska, August 6, 2012. Hundreds of former inmates released balloons with names of missing persons into the air during a ceremony marking its closure, commemorating around 800 people who died in the camp which housed approximately 5,000 people during the 1992 Bosnian War. REUTERS/Dado Ruvic (BOSNIA AND HERZEGOVINA – Tags: ANNIVERSARY OBITUARY POLITICS CONFLICT) 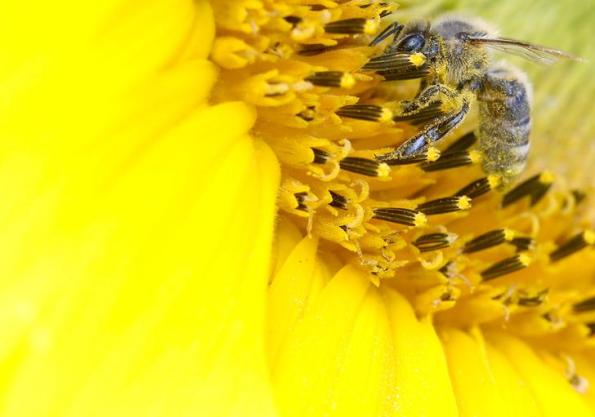 A bee collects nectar from a sunflower on a field near the northern Swiss town of Leibstadt July 9, 2012. Syngenta and Bayer, top producers of the pesticides blamed for a sharp fall in bee populations around the world, have proposed a plan to support bee health to try to forestall a European Union ban on the products. Picture taken July 9, 2012. REUTERS/Arnd Wiegmann (SWITZERLAND – Tags: ENVIRONMENT SCIENCE TECHNOLOGY AGRICULTURE ANIMALS BUSINESS) 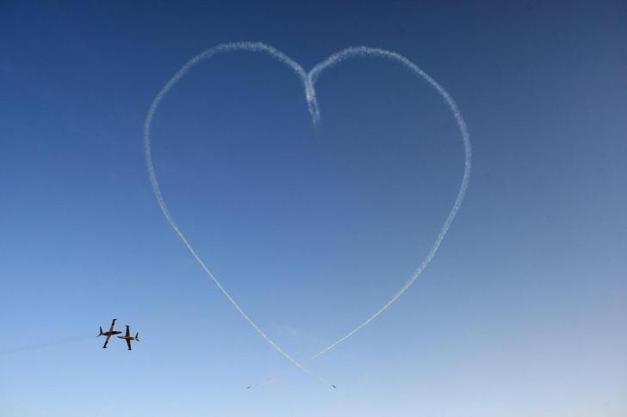 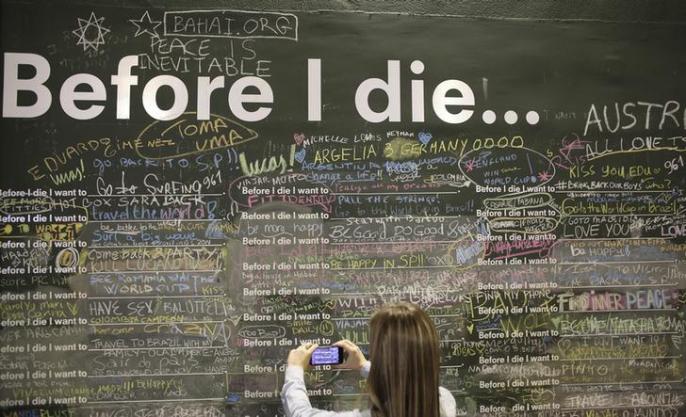 A woman takes a picture of phrases written on a wall at a square in Sao Paulo July 3, 2014. The hoarding asks “Before I die I want to_.” leaving pedestrians to finish off the sentence. In a project called “On The Sidelines” Reuters photographers share pictures showing their own quirky and creative view of the 2014 World Cup in Brazil. REUTERS/Nacho Doce (BRAZIL – Tags: SPORT SOCCER WORLD CUP SOCIETY) 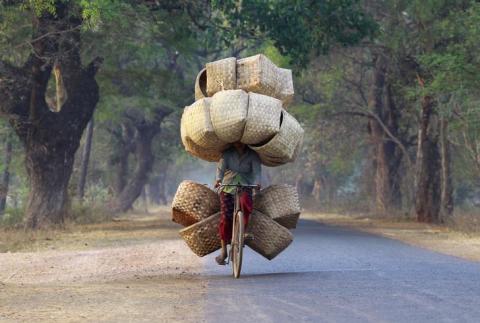 A woman cycles as she carries baskets to sell in a market near Lapdaung mountain in Sarlingyi township, March 13, 2013. REUTERS/Soe Zeya Tun (MYANMAR – Tags: SOCIETY TPX IMAGES OF THE DAY) ) 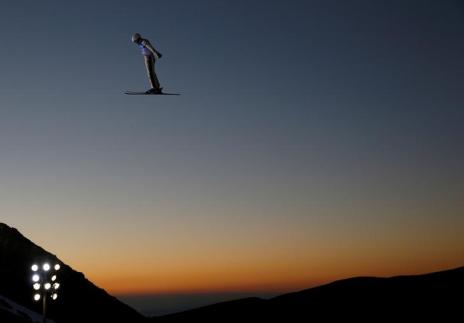 Qi Guangpu of China performs an aerial in the Men’s Aerials training during the FIS Snowboarding and Freestyle Skiing World Championships in Sierra Nevada, Spain, March 9, 2017. REUTERS/Paul Hanna/File Photo SEARCH “POY SPORT” FOR THIS STORY. SEARCH “REUTERS POY” FOR ALL BEST OF 2017 PACKAGES. TPX IMAGES OF THE DAY 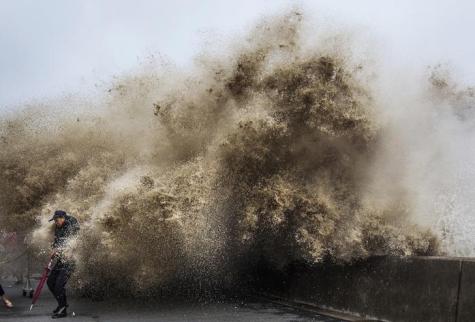 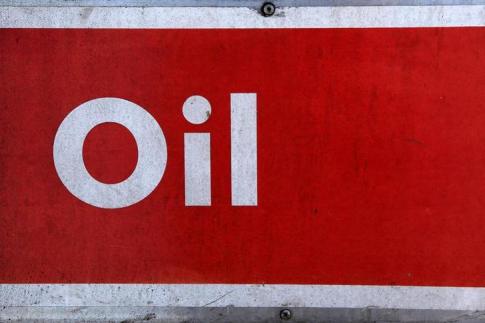 The word oil is pictured on an oil bank at a recycling yard in London March 2, 2011. Brent crude rose back close to two-and-a-half year highs on Wednesday as Libya warned of higher oil prices due to the crisis and its government forces fought rebels in the oil-rich east. REUTERS/Stefan Wermuth (BRITAIN – Tags: ENERGY POLITICS BUSINESS)

alt.TYPE is the local media partner for Reuters Pictures Archive. Please send your picture requests to info@alttype.com.sg or call +65 6478 2988 if you wish to license any Reuters images for publishing use such as magazines, newsletters, books,reports or if you simply wish to order a print. We also provide free image search service based on your requirements.